Diary of a Murderer and other stories 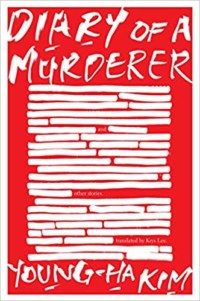 All four stories in this collection were darkly humorous, with brilliant contrast between conflicting forces. For instance, the title story, which is more a novella, is a fictional diary written by a former serial killer who has developed dementia. We read about his history as a serial killer while also realizing that he is in the midst of losing his grasp on reality and becoming unreliable, but was he ever reliable in the first place? In “Missing Child,” a three-year-old’s parents are devastated when their son is kidnapped. The parents’ lives crumble while they search for the child. The child is found ten years later and returned “home.” The excitement of finally finding their child contrasts with the reality of the strange teenager who now lives with them. All the stories seem to have this strong dynamic which makes them suspenseful, but the author also takes the stories in new directions. This collection also has what has to be one of my all-time favorite first lines for a short story, which starts the story “The Writer.” There are lots of brilliant ideas throughout the collection.