The Nickel Boys by Colson Whitehead 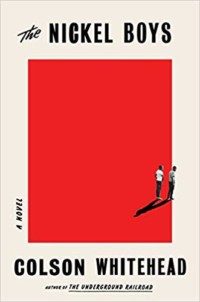 People will be talking about this book. A report came out earlier this year about 27 more possible unmarked graves discovered on the grounds of the former Florida School for Boys near Tallahassee, Florida, a correctional facility where horrendous abuses were committed against mostly black boys. The Nickel Boys is a fictionalized account of two boys who go through a similar fictitious facility in the 60s called the Nickel Institute. The novel depicts horrors of the institute and the lasting effects those experiences have on the boys’ lives as they try to move on and forget. Because of the recentness of similar events, the story feels part journalism, part fiction, and part social justice commentary. It comes together to create a powerful story of how people get swept up into a system of abuse because of the color of their skin.